How Does the “Best Interests of the Children” Affect Visitation?

The law gives wide discretion to the Judge in a Wyoming Divorce Court to fashion custody and visitation provisions that serve the best interests of the children. The goal is to strike a reasonable balance of the rights and affections of each of the parents, with paramount consideration being given to the welfare and needs of the children. Aragon v. Aragon, 104 P.3d 756 (Wyo. 2005). But parents are always entitled to due process in custody and visitation matters, which includes adequate notice and an opportunity to be heard. Sims v. Day, 99 P.3d 964 (Wyo. 2004). 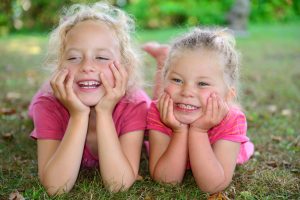 If family violence has occurred, the court must restrict visitation to the extent necessary to protect the children and the abused spouse from further harm. W.S. § 20-2-201(c).

A Wyoming court order was proper where it limited father’s visitation, because it was based on findings as to each party’s character, residence, employment, stability, potential for flight, ability to obey court orders, and likelihood of non-present party being maligned. Basolo v. Basolo, 907 P.2d 348 (Wyo. 1995). Where the evidence suggests the non-custodial parent would fail to return the child, a Wyoming Divorce Court may require a bond as a condition of visitation. Stoneham v. Widiastuti, 79 P.3d 1188 (Wyo. 2003).

In Wyoming, visitation is primarily for benefit of the child, and as a result, child support must ordinarily be paid even if custodial parent wrongfully denies the other parent the right to exercise visitation.  The custodial parent’s misconduct cannot destroy child’s right to support, nor may child support payments be used as weapon to force visitation being wrongfully denied. Sharpe v. Sharpe, 902 P.2d 210 (Wyo. 1995). The court may allocate the costs, between the parents, for transporting each child to and from visitation.

In Wyoming, a court may award attorney fees and costs to father as a remedy for mother’s contempt of court after mother acted in defiance of divorce decree and other court orders regarding visitation. Shindell v. Shindell, 322 P.3d 1270 (Wyo. 2014).

A Wyoming court may require either parent who plans to change their home city or state of residence to give written notice thirty (30) days prior to the move, both to the other parent and to the clerk of district court stating the date and destination of the move.

How Is Child Custody Decided in Wyoming? What Is Meant By “Best Interests of the Child”?How Does a Parent Change Custody or Visitation?

If you need an attorney, contact our firm. Experienced and tenacious, we will help you achieve the best possible outcome in your case. Request a free consultation