In Wyoming, child support is expressed in a specific dollar amount derived from the combined net income of both parents, the number of children, the nature of the custodial arrangement and percentage figures given in the presumptive child support tables this is revised every four (4) years by the Wyoming Department of Family Services.

Wages derived from overtime will not be included in the calculation of net monthly income, unless it is reasonable to expect overtime wages will continue to be earned on a consistent basis after taking into account the history of the overtime wages earned within the preceding twenty-four (24) month period. 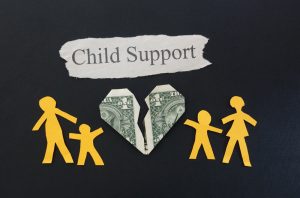 Net income is defined as each parent’s total gross income from all sources, except means tested income, less income taxes, social security deductions, cost of dependent health care coverage, mandatory pension deductions, and actual payments being made under preexisting support orders for current support. The calculation of net income is required to made using a Confidential Financial Affidavit (“Affidavit”) that is approved by the Wyoming Supreme Court and that must have attached to it relevant financial records, including wage stubs for the preceding twelve (12) months and income tax returns and W-2s for the last two years. The Affidavit requires that the preceding twelve (12) month period be used as the time frame for calculating net income.

Determining the net monthly income of both parents may be as easy as locating last year’s W-2 statement and this year’s most recent paystub for each parent. But where a parent is not working or is underemployed, the parent’s potential earning capacity will be imputed to the parent based on his or her work experience, earning history, training, education and ability to earn. The imputed wage may be a high or low figure depending on the circumstances. Imputing a wage to a parent often does not lend itself to a straightforward calculation. Instead, the parties’ agreement on the amount of income to impute, or the court’s judgment as to the amount of income to impute will be founded on factual circumstances that are unique to each case.

If custody is not split, but each parent keeps the children overnight for more than forty percent (40%) of the year and both parents contribute substantially to the expenses of the children, then the proportionate share of the total obligation of each parent, as determined by the child support tables, shall be multiplied by the percentage of time the children spend with higher earning parent to determine the higher earning parent’s support obligation to the other parent.

If you track the instances when a percentage calculation was performed with split and shared custody, three different percentages applied to reach the correct, legal result.

“There is no trust more sacred than the one the world holds with children. There is no duty more important than ensuring that their rights are respected, that their welfare is protected, that their lives are free from fear and want and that they can grow up in peace.“ Kofi Annan.

How Does a Parent Change Custody or Visitation?

If you need an attorney, contact our firm. Experienced and tenacious, we will help you achieve the best possible outcome in your case. Request a free consultation